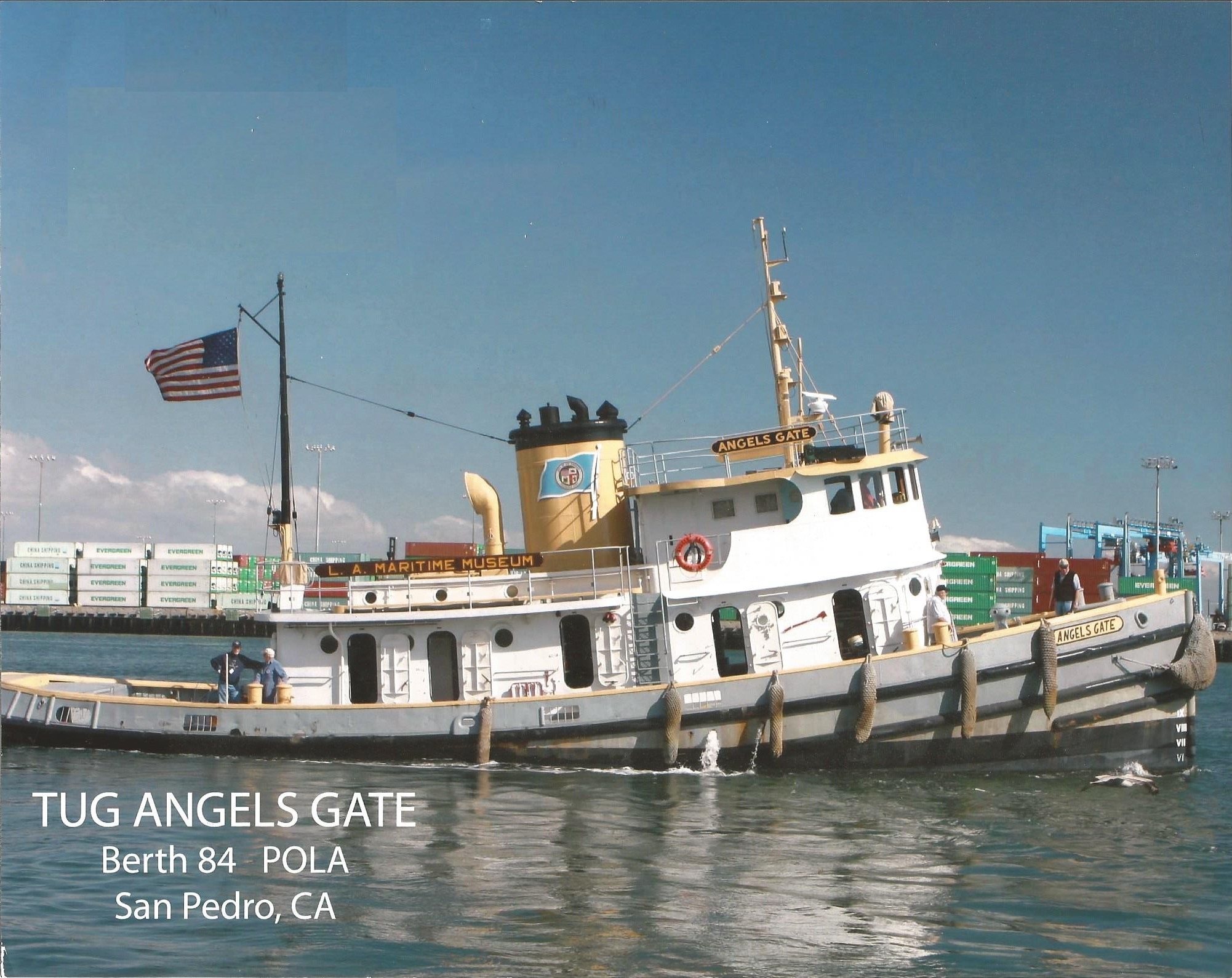 The tugboat ANGELS GATE arrived at the Museum in 1992, after almost 50 years of providing general towing services and goodwill tours for the Port of Los Angeles. 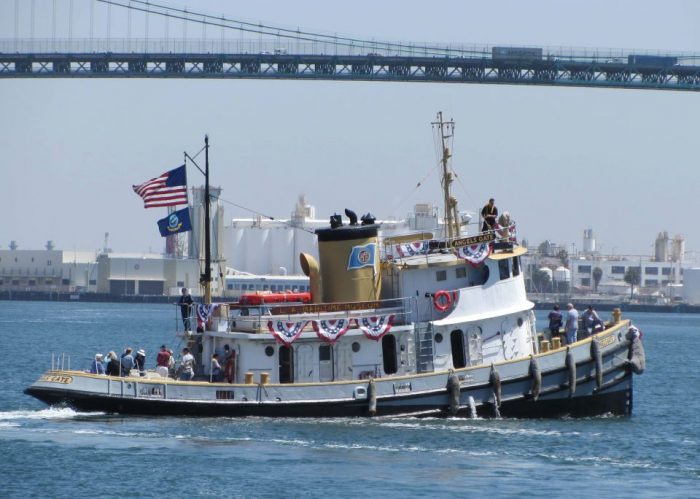 Built in 1944 in Decatur, Alabama for the Army Transportation Service, she was originally known as ST (small tug) 695, and was among the fleet of tugboats designed for overseas operations. ST-695 primarily served at the Army Port of Embarkation in Wilmington, California. After the war, the Army declared ST-695 “surplus” and she was sold to the City of Los Angeles Harbor Department (now known as the Port of Los Angeles), where she worked steadily until her “retirement” and transfer to the Museum in 1992. 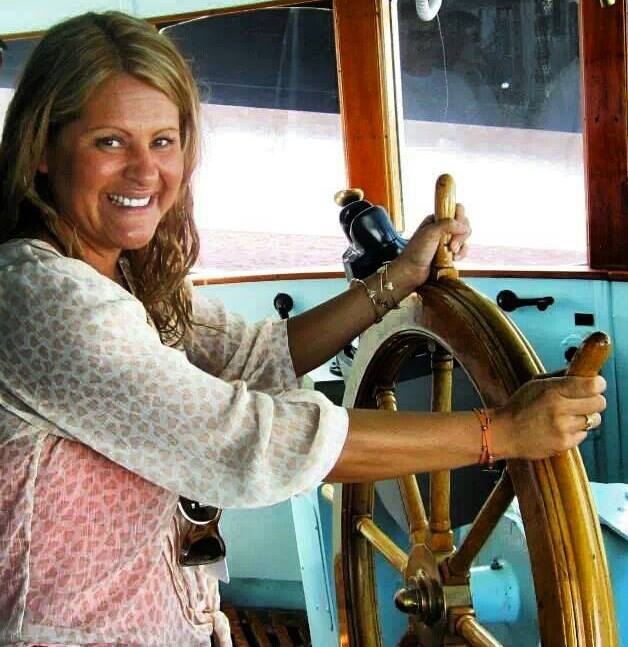 Today, ANGELS GATE is a familiar sight in Los Angeles Harbor, providing narrated tours for Museum members. Other than the removal of her machine guns and military hardware, ANGELS GATE appears much as she did when first launched. ANGELS GATE is maintained and operated by a skilled volunteer crew and a US Coast Guard-licensed captain.