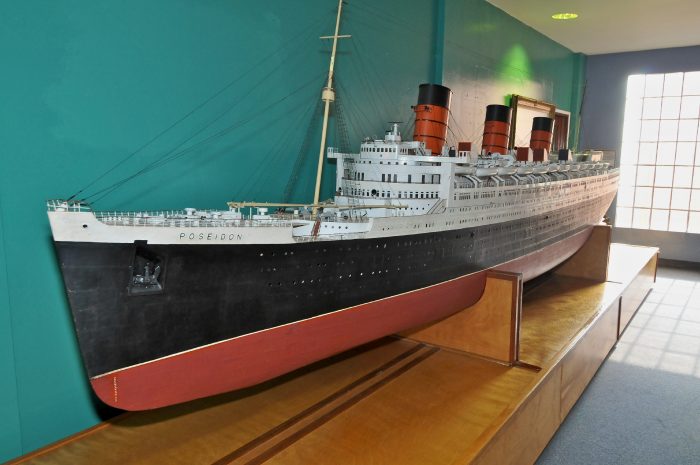 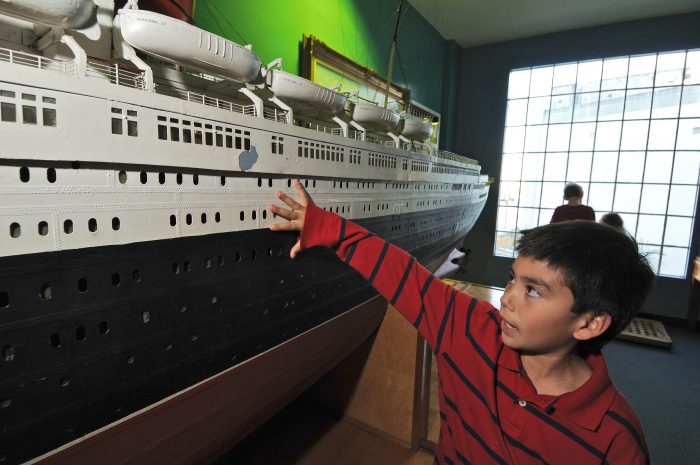 There is a movie star on the second floor! The model of the SS POSEIDON was the original prop in the 1972 classic film “The Poseidon Adventure”.

Fifteen men built the model over a period of three months. POSEIDON is 21 .5 feet long, and weighs one ton. The builders relied on the plans of the RMS QUEEN MARY, now permanently docked as an attraction in Long Beach, California. 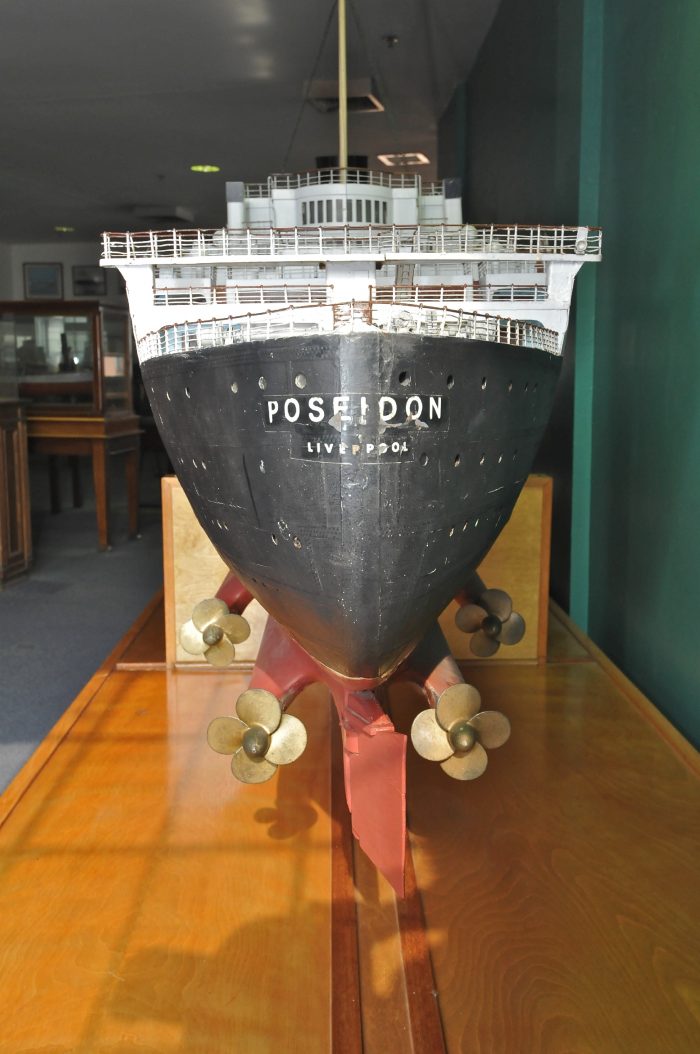 In spite of its tremendous weight, the model was designed to float! During shooting, it was equipped with battery-operated propellers, working smokestacks, and interior lights. The film’s plot required POSEIDON to suffer repeated explosions and a rollover, but the model was successfully repaired and used in television commercials before arriving at the Museum.