Kids of all ages will discover what’s going on in the harbor today through a series of interactive games and activities in the children’s exhibit. Grab a pair of binoculars and take a close-up look at the nation’s busiest container port! Learn how cranes work, imagine yourself in a variety of harbor professions, build your own wharves, test your knowledge of ships and cargo, or just settle down and enjoy a nautical story!
Due to Covid-19-related precautions, the toys and costumes have been temporarily removed. 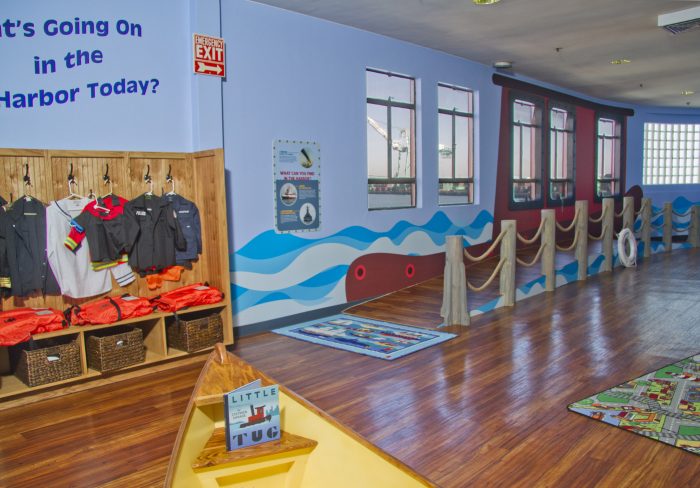 The exhibit features a photo mosaic by photographer Martin Cox who spent a day on the Museum’s roof documenting the harbor traffic. He then juxtaposed elements of the photograph into a single mural that has become the exhibit’s visual centerpiece. You can read an interview with Martin, learn exactly how this mural was created, and see more progress photos here. 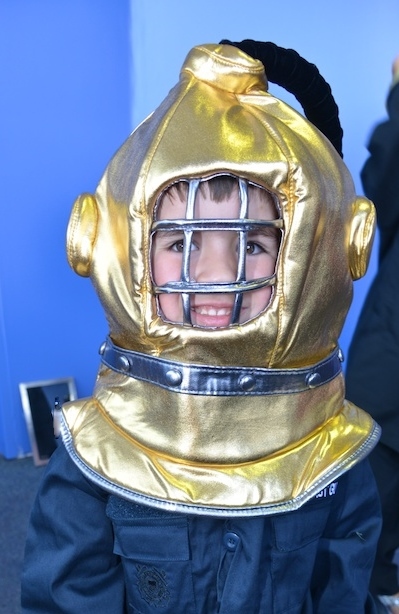 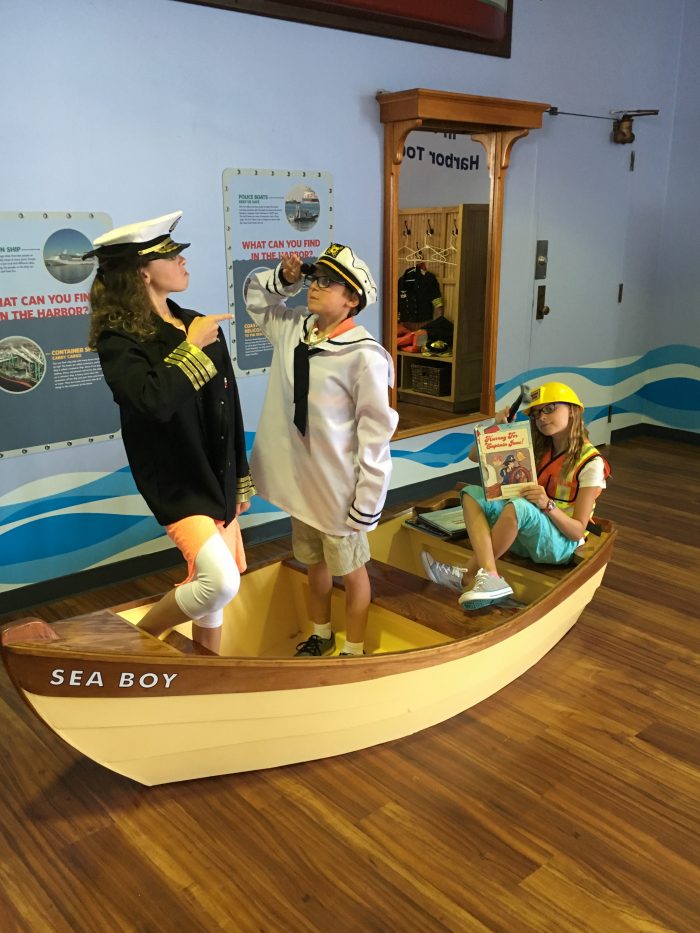