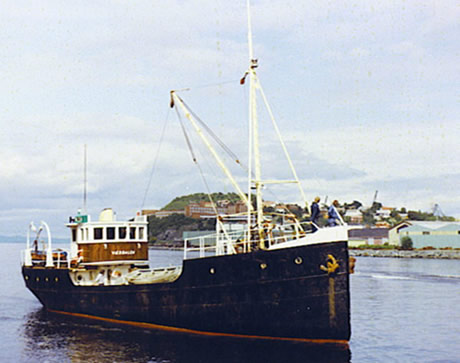 The ”Scandinavian Navy” refers to ships and sailors from Denmark, Finland, Iceland, Norway and Sweden from 1880 to 1945.  Many of these ships participated in the lumber trade that led to the growth of America’s West Coast.   Olaf Engvig, author of “The Ships That Built the West” will detail the history of the Scandinavian Navy and will share his first-hand adventures restoring the hybrid ship  VÆRDALEN, now the sole survivor of a fleet of over 300 Scandinavian Navy lumber carriers.

Join us at Malaga Cove Library for this free public talk.

This event is sponsored by the Friends of the Los Angeles Maritime Museum, with grant funding from the office of Los Angeles County Supervisor Janice Hahn.

The Museum is temporarily closed for renovations. Call 310-548-7618 for details. Please see our Events page above for news of offsite programs.